No, we didn´t make a mistake in the title. Have you ever heard about the town of hundred spires?

You probably have, right? But did you know there are more then 1000 of them if you count them properly?

Have you heard of the land, where the beer  is cheaper than water? Where you can hear music on every corner and find a gallery on every square?

What are we talking about?

We are talking about  the magic Prague and the beautiful Czech Republic, of course!

Let us help you to explore the famous churches, palaces, bridges, concert halls, narrow streets,  pubs and friendly people! And why to choose us as for your tours? Because we are licensed, knowledgeable, enthusiastic tour guides and most importantly we are native Czechs!

But first let us tell you something about this Jewel among European towns!

Praha / Prague / Praga / Prag is the capital and largest city of the Czech Republic. It is the political and cultural center of the country with a diverse and extensive history of more than 1100 years. In the 14th and 15th centuries it was also the capital of the Holy Roman Empire.

Among its nicknames – the “Mother of Cities”, “City of a Hundred Spires” and “the Golden City”. Prague is an international renowned tourist, cultural and business center. Its historic center hosts more than 4 million tourists from all over the world. Since 1992, Prague has been featured as a “UNESCO World Heritage Site”. It lies on the River Vltava (Moldau), has approximately 1.3 million inhabitants living in a roughly 500 square mile area. The historic center consists of 4 main areas known as the Old Town (Stare mesto), the New Town (Nove Mesto), the Lesser Town (Mala Strana) and the Castle Town (Hradcany). 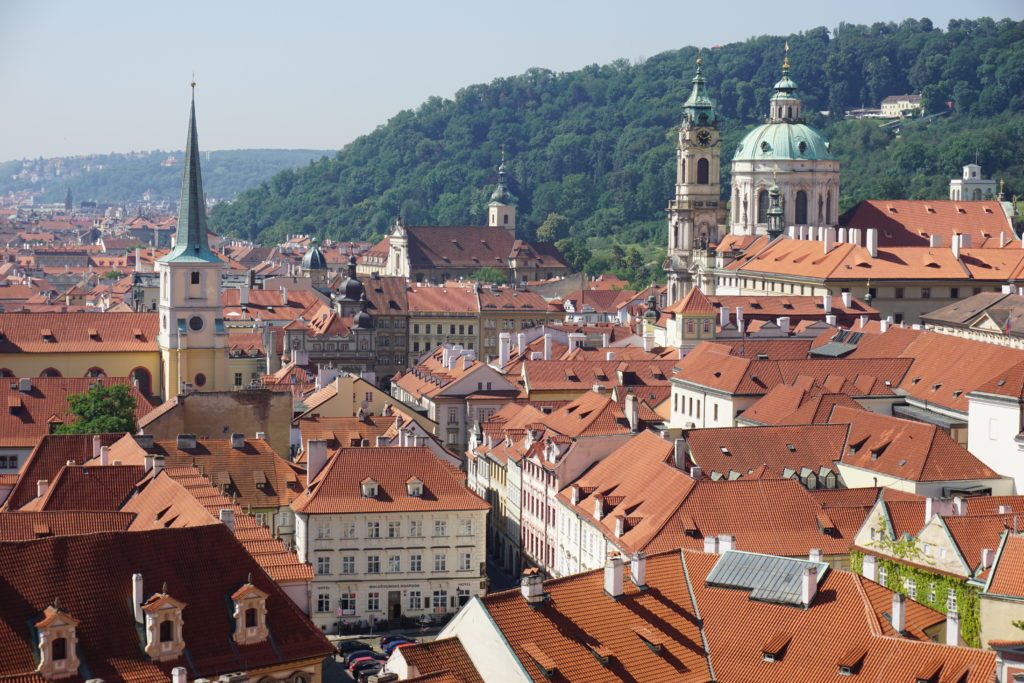 The most important information about Prague and the Czech Republic

Climate
The climate in Prague as well as throughout the Czech Republic is mild. The average winter temperature is 5 ° C. The average summer temperature is 20 degrees Celsius.
Weather
Prague is a city that is still beautiful and breathtaking not only in the summer, but during all seasons.
Language
The official language is Czech.  You can communicate here also in English, German, Russian, Spanish and many young people are learning also other foreign languages.In Prague lives large number of foreigners and is very cosmopolitan.
Public holidays
First January – Day of Recovery of the Independent Czech State
8th May – Victory Day,
5th July – Cyril and Methodius
6th July – Day of Jan Hus,
28th September – Czech Statehood Day,
28th October – Day of the independent Czechoslovak state,
17th November – Day of struggle for freedom and democracy.
Other holidays ( days of rest )
First January – New Year
Easter Monday (late March or early April)
First May – Labour Day,
24th December – Christmas Eve
25th December – 1 Christmas Day,
26th December – 2 Christmas Day
Local time
Central European (GMT +1)
Postal services
Postal services can be found in almost every city in the Czech Republic and of course in many places in Prague. Mail box can be found for example at the Prague airport or at the Prague Castle. Orange post offices boxes are emptied every day. The busiest and largest is the main post office post office, Prague 1 (Czech post office – Post Office in Prague 1 – Main Post Office) Jindřišská 909/14, Prague 1 – Nove Mesto 110 00, open from 2:00 am to 24:00 pm. Phone: +420 221131111
Tip
Like almost everywhere in the world, giving a gratuity for services is common practice in the Czech Republic. Usually in restaurants and other services leaves a tip of about 10 to 15% above mainly depends of course on your satisfaction.